What is the history of suit pants?

Culotte in the middle of the seventeenth century is considered the originator of modern trousers. At that time, the knee-length coat “Justaucorps”, the slightly shorter “Veste”, and the tight and body half-length pants “Culotte” appeared on the stage of history together, forming the composition of modern three-piece suits and many Dressing habits.

In the “Culotte” produced during the Baroque art period, there are three buttons on the side of the trousers, and there are layers of knots, forming a real three-dimensional feeling. This type of trousers is also named after the French Earl of Lehren likes to wear them. The bottom is matched with tight trousers and complicated decorations, forming the unique style of that era. Baroque clothing is male-centered and emphasizes the almost surprising style of complicated decoration. The clothing of the Baroque period generally embodies a kind of superior luxury. A book describes the clothing of this period like this: the age of lace, ribbons, long hair and leather. No period in history has men as charming as this period. This type of dress gradually changed from complicated to simple, and lasted until the 19th century, becoming the originator of modern suits. And “Culotte” is also recognized as the origin of trousers.

Until the beginning of the 19th century, half-length trousers and silk stockings were used as trousers for formal occasions. Later, when going out on horseback, a pair of trousers (called: Trousers) was put on this coat. Prototype of pants. Trousers, originally used as casual pants, were upgraded to evening trousers in 1817, that is, standard formal trousers. 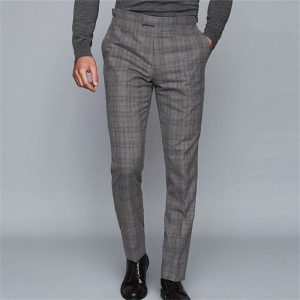 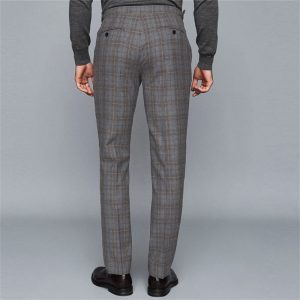