What are the main categories of pants？

Straight trousers are also called “tube trousers”. The crotch openings of straight-leg pants are generally not rolled up. Due to the large leg openings (same as the middle crotch), the trousers are straight, so it has a neat and stable feeling. When cutting, the hips can be slightly tight, and the middle crotch should be slightly raised, which can better reflect the loose and straight characteristics of the trousers.

Suit pants are formal pants, which mainly refer to pants worn with suit tops.
Origin: The suit originally came from Europe. The coat was originally worn by fishermen. They were at sea all year round. They wore open-necked and buckle-less clothes to facilitate fishing at sea; the tuxedo with slits in the back was originally the costume of European coachmen in the 10th century, and the slits were out of consideration for horseback riding; The hard collar evolved from the armor used to protect the arrows in the throat of ancient soldiers; the three buttons on the sleeves of the sleeves are legendary related to Napoleon; the suit trousers were originally Western European “sailor suits” style, which is convenient for sailors to lift their trouser legs to dry. live. These primitive clothes later evolved into suits with the development of society.

Khaki pants refer to pants made of khaki cloth. 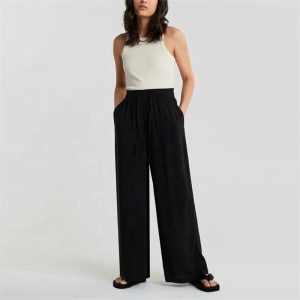 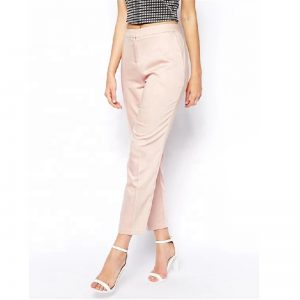