What are the features of pencil pants?

What are the features of pencil pants?

Pencil trousers are very versatile, because they are self-cultivating, they feel very good and can be worn by both men and women, but the men’s style is not so tight on the hips and crotch. These trousers are a kind of Skinny Jeans, which refers to trousers with slender trousers, and they are also called narrow-leg trousers. This type of trousers is characterized by an ultra-low waist cut, which can shape the hips and legs, allowing the hips to fit tightly and the legs to be elongated.

Skinny Jeans has an inseparable relationship with rock music. From the 1950s, Elvis wore Skinny Jeans and shocked the world with a spinning and swinging posture. After that, the Rolling Stones and the Sex Pistols wore Vivienne Westwood. (Vivienne Westwood) Skinny Jeans, worn with Martin boots (Dr Martens). Tucked thin trouser legs into Martin boots (Dr Martens), this punk rock style is still very popular today. After 2000, Kate Moss (Kate Moss) once again led the trend of skinny jeans, and among men, it was the skinny pants style of Dior Homme’s former designer Hedi Slimane. Pencil trousers were very popular in 2003, the trousers were very thin, and the whole trousers were basically close to the legs. 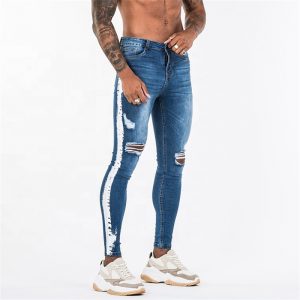 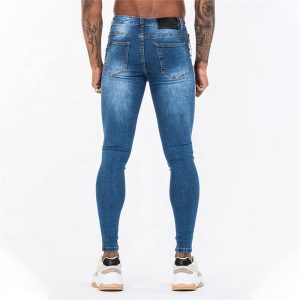