The significance of the flared pants

The social significance of the appearance of flared trousers is that before people only had clothes, there was no fashion. The appearance of flared trousers subverted the stereotyped perception of Chinese people’s clothing for decades. It became the initial challenge of young people to the aesthetic habits of the Chinese. Although there were only a small number of challengers at the beginning, it was the challenge of this very small group of people that quietly changed the aesthetics of people’s clothing at that time, and it was also subtly expanding. In the vision of everyone, it melts people’s conservative thinking.

The appearance of flared pants reflects the restlessness of that era in China, and publicizes the rebellious psychology of young people in that era. After China went through reform and opening up, from the clothing worn by “unscrupulous people” to the fashion trend of the early 21st century, it witnessed the flared pants gradually becoming a fashion-leading symbol. The flared pants not only freeze the history of an era, but also engrave countless people’s most simple and true memories of the beginning of the reform.

With the development and progress of society, people’s attitudes towards clothing have begun to become more tolerant and understanding. After all, by the standards of the time, flared trousers were an innovative type of trousers, and they were much more prettier than those fat and big straight-leg trousers. Later, it gradually became popular in the society, and people became accustomed to it as more people wore it. After the 1980s, this most controversial clothing was finally accepted by people, and it turned out to be the mainstream trousers all the time. Nowadays, entering the era of diversified development, people are beginning to pursue themselves and express their individuality. The styles of clothing are becoming more and more colorful and ever-changing. The original bell-bottoms have gradually evolved into many different styles. 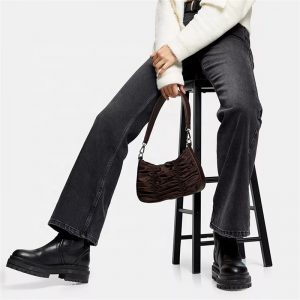 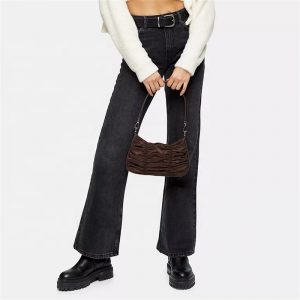