Use the smooth edge of the fabric to take the waist and fold the remaining part, then cut the front and back pieces. For fabrics with inverted smoothness and luster, cut the front and back pieces in the same direction. Because the front opening of the illustration is the same as the zipper method of the skirt, the seam head is widened. If welt is used, the welt template should also be discharged.
After dressing, stand in a relaxed posture. Check whether the trousers line is hanging down straight, whether the margin of each part is suitable, whether the rise and trouser length are suitable, etc.
The front and back thick body type: the front and rear crotch is curved and pleated, which is caused by the insufficient amount of the rise arc, and the insufficient amount is added to the front and rear downline and the upright line.
Shape with protruding buttocks: As the buttocks protrude, crepe diagonally in the direction of the side seams, and the back gear will also wrinkle. Release the insufficient amount of hips from the side seams and the back center, and increase the width of the crosspiece while increasing the inclination of the back rise. Secondly, increase the amount of savings, and increase the majority of the amount to be released in the side seams. 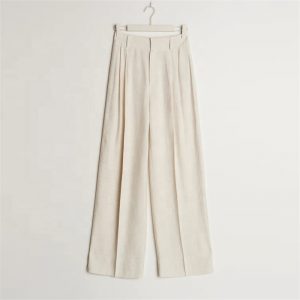 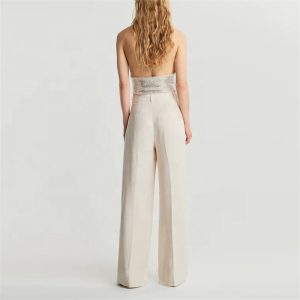