What’s the history and development of flared pants?

The history and development of flared pants

Flared pants are said to be the invention of Western sailors. The sailor was working on the deck, because the sea water easily splashed into the boot, so he thought of this way to change the shape of the trousers, wide trousers to cover the boot, so as not to splash in. It became a fashion in the United States in 1960. Later, “Elvis Presley” pushed the flared pants to the pinnacle of fashion, and then spread to Japan, Hong Kong and Taiwan. With the popularity of Japanese, Hong Kong and Taiwan movies in mainland China, they have swept the mainland.

In China before the 1970s and 1980s, people’s clothing styles were extremely monotonous, especially men’s clothing, which was more uniform. At that time, there were only Mao-style uniforms, tunic suits, jackets, etc. for men’s clothing in the city, and probably only one kind of fat and big straight-leg pants. In 1977, young people finally entered the college entrance examination examination room and realized the value of knowledge through fair talent selection. Their hearts have become as colorful as the Great Thousand World, but their clothes are still in the quiet colors of blue, black, gray, and green. “National Defense Green” and “Blue Ants” monopolize the Chinese people’s vision, and the monotony of clothing styles also suppresses the individuality of every young person. 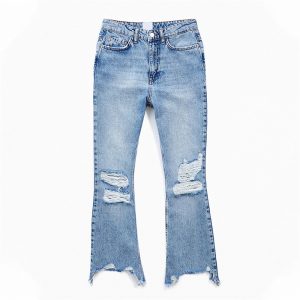 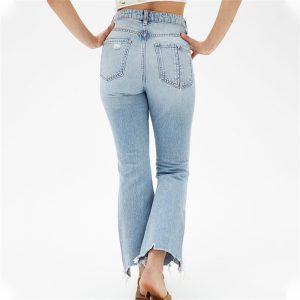